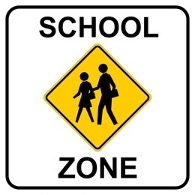 Treating defilement as the heinous crime that it is: FIDA (U) supports Karenga community to take action

In the Karamoja sub-region, as in many other rural parts of the country, cases of defilement of girl children are often treated as minor misdemeanors to be settled between community members. A deeply-imbedded system of patriarchy is at work in situations where the parents and family members of a girl child who had been defiled and impregnated, deems it a satisfactory reprisal when the defiler offers to marry the girl and pay a bride price. The effect of such a ‘settlement’ is that the reality that a violent sexual crime has been committed against a minor is grossly downplayed. The girl, who has already been a victim of sexual violence, is left in a situation where she is now dependent on and married to the perpetrator, who can continue to abuse her with the blessing of the community.

During 2020, FIDA (U) handled two cases of defilement of minors by their teachers within the Karenga district. In the first case, a 17-year old girl we will name Nima was impregnated by one of her teachers. The teacher had a reputation as a defiler and had ‘negotiated’ his way out of criminal responsibility in the past by marrying his young victims. When Nima’s pregnancy came to light, she told her family members that she has been in a sexual relationship with one of her teachers. Nima’s uncle approached the teacher who denied any wrongdoing. The uncle reported the matter to the Community Development Officer in Kawalol who notified the Probation, Social and Welfare Officer of Lokido sub-county, at which point FIDA (U) was notified of the matter.

FIDA (U) engaged the Probation, Social and Welfare Officer of Karenga which led to the arrest of the perpetrator. The perpetrator was held at Kapedo Police Post and the parents of the victim were notified to report to this police post. With the support of FIDA (U) team members, a file was opened for the case, statements were recorded by all parties and Nima underwent a medical examination. The medical examination revealed that Nima was 6 months pregnant. During investigations and questioning, the teacher confessed to having an ongoing affair with his 17-year old student. The teacher was charged with aggravated defilement since he was in a position of authority over the minor and he was committed to the High Court in order to stand trial.

In the second case, a teacher lured a Primary 7 pupil to his home, which is on the school grounds, by asking her to fetch water for him. One of the school guards noticed that the girl had entered the teacher’s quarters by herself and decided to notify the school principal. The principal went to the teacher’s quarters to investigate and after finding the girl with the teacher, reported the matter to the police. FIDA(U) was also notified of the matter and the FIDA team ensured that a medical examination was carried out and that the parents of the girl were notified of the incident. The perpetrator was charged with aggravated defilement and was brought before the Magistrate’s Court in Kaabong for his remand hearing. FIDA (U) made it possible for the accused to be transported to the Court since the Police Station in Karenga did not have money for fuel. The accused will appear in the High Court to stand trial in due course. The girl was taken out of the boarding school and is now studying from a different school and living at home with her parents.

The handling of these cases are considered notable victories since the defilement was not simply ‘normalised’ by negotiating with the perpetrators and arranging marriages between them and the young victims. Instead, the cases of defilement of students were treated as the heinous crimes that they are and the criminal justice system was engaged in order to bring the perpetrators to book.

Previous Land restored: ‘FIDA takes up to the role of parents to orphans’ Next August 2021