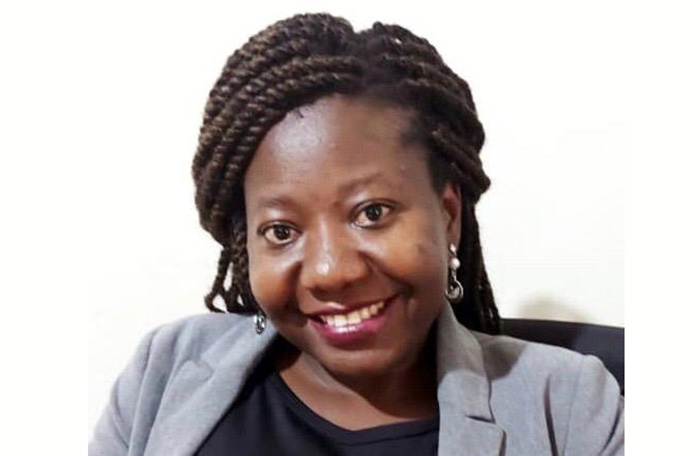 Where does Uganda stand in responding to victims of sexual violence in conflict?

Today, as we commemorate this International Day on the Elimination of Sexual Violence in Conflict, we shine a light on Uganda and where we stand in responding to the plight of victims of sexual violence in conflict. Sexual violence has been used as a weapon of war all around the world.

In 2015, the United Nations General Assembly proclaimed 19th June as the International Day for Elimination of Sexual Violence in Conflict. This Day is intended to raise awareness of the need to put an end to conflict-related sexual violence and honour the victims and survivors of sexual violence around the world.

Today, as we commemorate this International Day on the Elimination of Sexual Violence in Conflict, we shine a light on Uganda and where we stand in responding to the plight of victims of sexual violence in conflict. Sexual violence has been used as a weapon of war all around the world.

In Uganda, this was prevalent in the Northern part of the country where during the long-running Lord’s Resistance Army (LRA) insurgency sexual violence acts were committed by the LRA rebels against mainly women and children and continue to impact their lives decades down the road.

Women who were abducted and forced to serve within the LRA, along with their children born in captivity, face severe stigma and discrimination in the process of reintegrating into society following the war. The majority of the victims who are still living with trauma from these atrocities have been unable to access justice or the sustained and high-quality social, medical, and psychosocial services they need.

In terms of ensuring justice for women, men, and children who have suffered sexual violence during the conflict, noteworthy steps have been taken in facilitating a Transitional Justice process. Transitional Justice is aimed at promoting reconciliation in post-conflict societies for conflict-related crimes including war crimes, crimes against humanity, and gross violations of human rights.

The 2007 Juba Agreement on Accountability and Reconciliation together with its 2008 annexure served as the first roadmap for Transitional Justice ever drawn up for post-conflict Uganda. It calls for the promotion of formal and informal accountability mechanisms to address crimes committed during the war. Key achievements following the adoption of the agreement included the creation of the International Crimes Division of the High Court in 2008 and the establishment of the Transitional Justice Working Group under the Justice Law and Order Sector (JLOS).

Uganda, as a State Party to the Rome Statute, referred the LRA insurgency to the ICC in 2003, which resulted in the indictment of five LRA leaders, including Dominic Ongwen. On 4th February 2021, Ongwen was convicted on 61 counts of war crimes and crimes against humanity, including rape, sexual enslavement, child abductions, and forced pregnancy. In May 2021, he was sentenced to 25 years’ imprisonment.

On the national front, court cases to hold LRA leaders as well as Government forces accountable for war crimes and crimes against humanity have been characterized by long and discouraging delays. Over ten years ago, a case was instituted against Thomas Kwoyelo, an LRA leader, before the International Crimes Division of the High Court. The case is yet to be finalized. FIDA Uganda also instituted a case before the High Court in Lira in 2018 which seeks to hold the Government accountable for the provision of reparations to victims of conflict-related sexual violence. The Government is yet to file a defense. In the meantime, the victims of conflict-related sexual violence remain without a tangible, meaningful remedy for the devastating losses and trauma they have suffered.

The victims of these atrocities themselves have boldly stepped out to demand reparations from the Government. Following one of the victim-led campaigns for reparation in 2018, Parliament passed a motion with resolutions on 13th February 2019 recognizing the challenges of the formerly abducted women and children born in captivity, and the need for special assistance from the Government to address those challenges through the introduction of other alleviation programmes to improve the livelihood of the affected persons.

It was resolved by Parliament that Government should identify and profile the war-affected victims; ensure specific financing for former female LRA abductees and their children born in captivity with the view of enhancing their capacity; embark on sensitisation campaigns to ensure that these victims are socially integrated and protected, and expedite the adoption of the Transitional Justice Policy. The Parliamentary Resolution was passed in 2019, and to date, the Government has adopted the Transitional Justice Policy of 2019.

FIDA Uganda acknowledges the efforts of the different arms of Government in ensuring justice and reparations for the victims of conflict-related sexual violence during the LRA insurgency.

However, much more needs to be done to ensure enduring and tangible remedies to these survivors. We call upon the 11th Parliament to take up the baton and hold the Government accountable to carry out the 2019 Resolution in respect of war victims. We also call upon Parliament to enact a Transitional Justice Act and other laws which will promote access to justice for survivors of conflict-related sexual violence, such as the National Legal Aid Act and the Witness Protection Act.

We call upon the courts to expedite the finalization of the hearing of transitional justice cases. We call upon the Government to carry out the complete Resolution of Parliament in respect of these war victims as a matter of urgency and to ensure reparations, livelihood support, and essential services to all survivors of sexual violence during the LRA conflict.

Previous We need more action, investment in menstrual health and hygiene now! Next Domestic violence during the lockdown: Women and children have more to fear than the pandemic