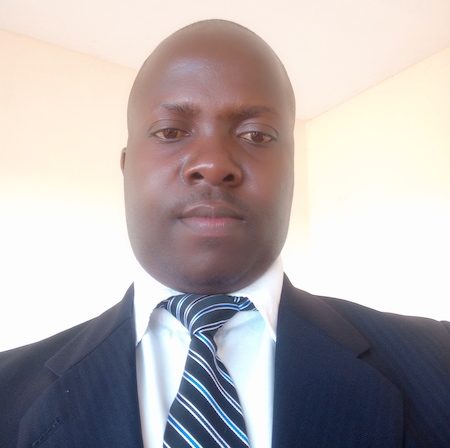 The Customary Land Disputes In Lamwo Are Not About End

The disruptions that happened in Northern Uganda,particularly in Lamwo District during the Lord Resistance Army (LRA) war, escalated the already existing land conflicts in the communities of Lamwo District. During the war, the government of the Republic of Uganda established Internally Displaced Persons Camps (IDPs) for the safe settlement of displaced persons. While communities were living in such camps, their livestock was eaten, cash crops were destroyed, and homesteads were burnt down or used as shelter by the LRA rebels.

In Northern Uganda, almost all land is managed under customary tenure and communal ownership, which more often than not is neither documented nor registered. This system threatens the land security of customary land holders and users. The proof of ownership is established through storytelling; tracing the history of ownership has to involve Clan leaders, cultural leaders, neighbors, security, geographical locations, and elders in the community. There are certain villages in Lamwo which are specific to certain clans, for example, the Bobi Lalom Clan with Lalom village, the Pachwera Clan with Licwa, Ghana, and Kila Kony Paco villages, and the Anyibi Clan with Anyibi and Gangdyang villages.. Cultural institutions, such as the Rwot-Kweri in Lamwo, keep track of the occupation of land by particular clans  over the course of decades. These institutions have representatives in every village in Lamwo and play an important role in settling land disputes.

Unfortunately, when the LRA war ended, the Government of Uganda did not formulate clear policies for the resettlement of internally displaced persons as they left the IDP camps in phases. Unscrupulous people took advantage of this situation and occupied customary land which did not belong to them. The vulnerable poor and marginalized communities ended up losing their access to the land, which represented their livelihoods. Under section 59 of the Registration of Titles Act Cap 230 (RTA), the law provides  that possession of a certificate of title is conclusive proof of ownership. Of course there are exceptions, section 77 of the same Act provides that if a person was registered on the title through fraud, the ownership can be canceled and they can be ordered to compensate the aggrieved party.

The Land Act Cap 227 and its regulations thereunder provide for the registration of customary land for the acquisition of a customary certificate of title, regrettably, most of the vulnerable citizens in Lamwo cannot afford this process. As a matter of fact, there are a handful of natives in Lamwo who have ever seen a land title. In July 2021, FIDA conducted a locus visit mediation in Ayago East Village, Padibe East Sub-county Lamwo District, and we posed two questions: 1) How do protect your Land? And 2) Who has ever seen a Land title? Out of our  40 participants, only 3 participants have ever seen a land title. These three were a Local Councilor 3, Local Councilor 1 and, a member of the Rwot-Kweri.

The FIDA Lamwo office deals with case upon case of disputes about customary land, often among members of the same extended family. These disputes are peacefully resolved at times if parties are willing to work together and the support of clan leaders, Local Council 1 of the involved village and Rwot-Kweri are willing to support and guide the mediation. Local Council Courts have also played an important role in resolving some customary land disputes under the Local Council Courts Act of 2006. Yet, for many in Lamwo, the disputes about their customary land seem to have no end and they are left stranded and without any land of their own to cultivate or build on.

One solution to the customary land disputes in Lamwo could be to bring  customary land under the operation of Registration of Titles Act Cap 230. With the high levels of poverty in the communities of Lamwo, the clan leaders should be  encouraged to distribute their customary land among family members to avoid future clan conflicts. There is need for the Lamwo District local government to liaise and make partnerships with the Ministry of Lands, Housing, and Urban Development to minimize the tedious and expensive process of registering customary land. There is also need for continuous legal education among communities to inform them about ways in which they can protect and preserve their land rights. These steps can be taken toward resolving the endless customary land disputes in Lamwo District and addressing the ongoing effects of the war on the local communities.

Previous A Young Mother Gains Financial Independence Next When will the plight of teachers end?