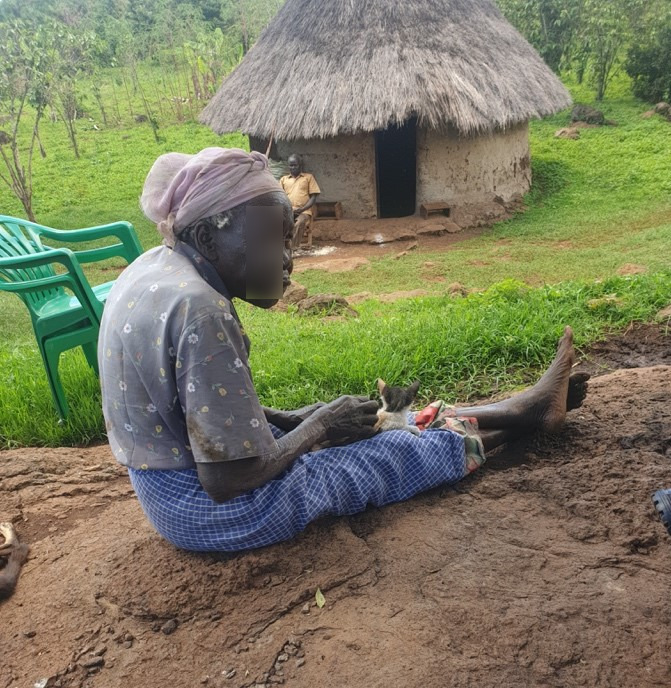 FIDA (U) Kapchorwa was approached by 83-year old Kokop Everlyne, a widow and resident of Matingot village in Kapchorwa district. At the time of approaching the legal aid clinic, she was very distraught and distressed as her eldest son was denying her access to her marital property/land. She stated that her son was making her life miserable by disrespecting her and not fulfilling a 2018 court order to build her a house.

The FIDA legal aid clinic invited the parties for mediation and counseled the parties in an attempt to mend the broken relationship between our client and her son. Thereafter, a locus visit was conducted to our client’s land, and it was confirmed that the house was never constructed. The persons in attendance, including the clan leader, were educated on property rights especially succession matters pertaining to widows, as this was the major human rights violation identified in this case.

As a result of the intervention, the son declared forfeiture of his hold over our client’s matrimonial property, and undertook to finally build the house for his mother in two months’ time, in a bid to also rebuild their broken relationship.

After three weeks, the legal aid clinic made a follow up visit and ascertained that the house for our client was under construction by the respondent. Our client is now hopeful unlike before, and her heart is at rest as her property was rightfully returned to her due to FIDA‘s intervention. 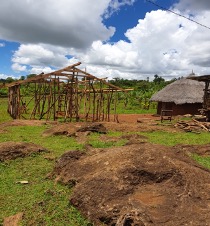 The new house under construction on Kokop
Everlyne’s marital property that was
restored to her.

There are many elderly widows who are oppressed by their own families and they often take long to report the violations that they face as they lack awareness of their own rights.