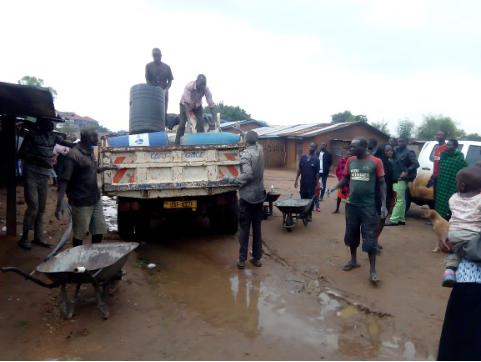 While most of FIDA’s cases are opened after a client seeks out our legal aid, some cases are taken up after our lawyers have identified an injustice and offer to intervene. One such case of proactive intervention was the matter of a widow based in Kotido who risked to lose her late husband’s estate to an unscrupulous relative who claimed to be administering the estate to her benefit.

Jennifer’s husband died in combat in Somalia. In May 2019 UGX 183,000,000 (Uganda Shillings One Hundred Eighty Three Million) was remitted into his account as compensation for his death. One year after this remittance, Jennifer had not received any of this money to use for maintaining herself and her two children due to the fact that her late husband’s uncle was ‘administering’ the estate to his personal benefit.

FIDA (U) came to know about this matter when the uncle of Jennifer’s late husband approached the organisation in need of legal aid. The uncle, who was appointed as the administrator of the estate, wanted FIDA (U) to help him to deal with a conflict that he had encountered with the mother and sister of the deceased. The uncle shared with FIDA (U) that he had withdrawn UGX 29,500,000 (Uganda Shillings Twenty Nine Million Five Hundred Thousand) from the estate account and that he had called a family meeting to plan on how to spend the money for the benefit of the widow and the children but the mother and sister of the deceased ended up taking UGX 19,500,000 (Uganda Shillings Nineteen Million Five Hundred) for themselves. The uncle sought FIDA’s help to recover this money.

In order for FIDA to handle his case, the uncle shared documents which he believed showed proper accountability of how he had spent the estate money so far. These documents stated that UGX 30,000,000 (Uganda Shillings Thirty Million) had been remitted to the widow as her share in the estate. The documents also evidenced what appeared to be suspicious dealings with the money and attempts on the part of the uncle to misuse his position as administrator in order to steal from the estate.

FIDA (U) decided to interview the widow (Jennifer) without the knowledge of the uncle of the deceased. Jennifer shared with the FIDA (U) lawyers that she had never benefitted from the estate of her late husband and she was not aware of the full amount of compensation which had been remitted to his account. She said that there had been instances where her late husband’s uncle would purchase property and construction material in her presence claiming that he was undertaking building projects on behalf of her and her children, but eventually he used the assets for his own benefit.  Jennifer had no choice but to send her children to poor schools requiring the lowest amount of school fees since she had no income and her children were not provided for from the estate. It became very clear to FIDA that the estate administrator had taken advantage of the fact that Jennifer and the rest of the family members were illiterate and made them believe that he was acting on behalf of the widow and her children while enriching himself from the deceased estate.

The FIDA team in Kotido came up with a strategy in order to ensure justice for the widow and her children. All family members who were willing and able to testify against the uncle were interviewed and evidence and information was collected from them. After finalizing investigations, a case was opened with the Police and the process of recovery of the estate’s money and any assets bought with this money from the uncle was started. FIDA conducted a due diligence on the land that the uncle claimed to have purchased for the widow and demanded that the uncle list all estate property in his possession and prepare to hand it over to Jennifer. FIDA worked with the Police to recover construction items from the uncle’s home which he had purchased with money from the estate.  As a result, a large quantity of building material was handed over to Jennifer, including 93 bags of cement, six spades, a roll of binding wire and three wheel barrows. An initial amount of UGX 19,500,000 (Uganda Shillings Nineteen Million Five Hundred Thousand) has also been recovered from the uncle.

Since the recovery of the building material and money, Jennifer has constructed a two-in-one commercial and residential building in Koya Village, Abim District where she is from. Jennifer is able to use this building to run a small business and it also serves as a home for her and her children – the fruit of a decision of the FIDA team to investigate and address a seeming injustice. 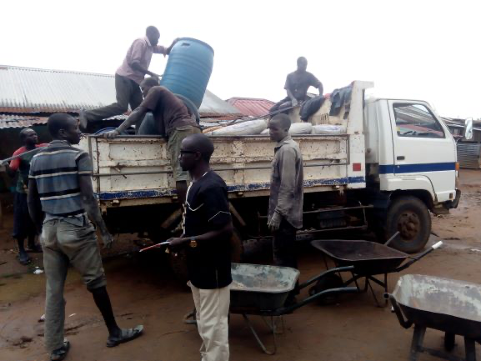 Previous ‘If FIDA was not there, I would have lost my land’ Next Students with disabilities cannot wait until January 2022 for schools to reopen